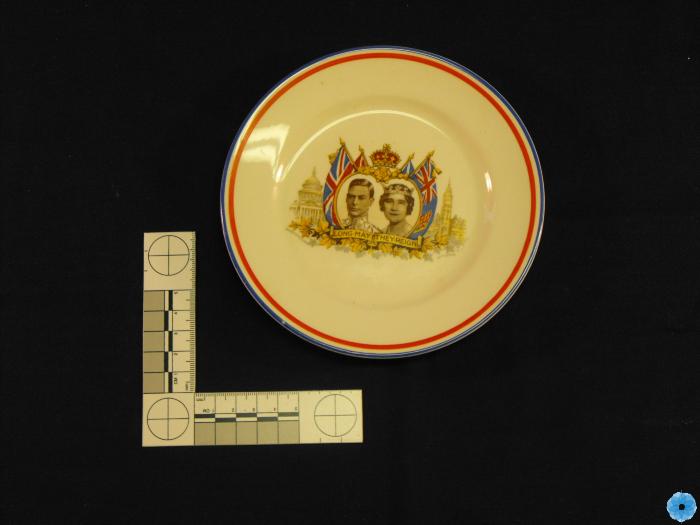 Circular, commerative plate for the First Royal Tour to Ottawa, Canada & Washingston, USA. The Royal Couple are surrounded by flags, Union Jack, St. George and Flag of Scotland. The King and Queen are in full frontal view to appearance of shoulders. HIs Majesty in uniform, neck and left shoulder showing. Her Majesty's neckline is covered in pearls, white silk and she is wearing a tiara. The Crown of England is in the Centre. Bottom scroll in brown lettering with message "Long May They Reign". The scroll is surrounded by a Maple Leaf garland. On the outer side area is the Parliament Houseis Ottawa written in Grey shade, also Maple Leaf scroll is in shadow in grey paint. Opposite side has the Capital House in washingston DC. Outer rim has a circle of red and one of blue. On the back of the plate is a small black crown, very similar to the one worn by Elizabeth in the front formal portrait.